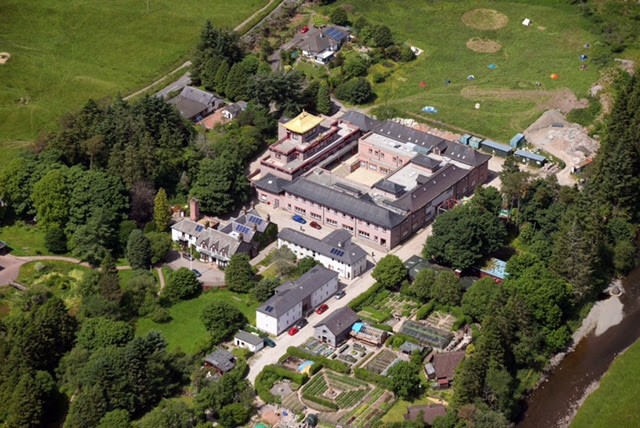 As many of you will know, a recent application to grant planning permission for two high velocity rifle ranges near Kagyu Samye Ling Monastery and Tibetan Buddhist Centre as a “local development” was declined by Dumfries and Galloway Local Authority on 16 April 2021, as the actual application site was in excess of 2 hectares.

Thank you to all of you who voiced your opposition to this, loud and clear. Your voices made a difference.

However, Eskdalemuir Community Council has now received notification of a renewed application from the developers to proceed as a “major development”, with a Proposal of Application Notice (POAN) having now been submitted to Dumfries and Galloway Council to approve their proposed rifle range.

Over 20,000 of you previously signed a Change.Org petition in opposition to the development of a firearms range beside Samye Ling.

There is currently nothing in Scottish Law to nationally prohibit the approval of such firearms ranges close to places of national spiritual, tourist and cultural importance in Scotland.

As many of us feel strongly about this, a Petition to The Scottish Parliament has now been created requesting that The Scottish Government legislate to create firearms exclusion zones around places of national spiritual importance and religious worship in Scotland.

The petition is now open to collect signatures for 4 weeks only, starting from today.

We hope you will add your voice once again, as well as share it with your friends far and wide.

As the oldest Tibetan Buddhist Monastery in the western world, Samye Ling has globally attracted international visitors and tourists to Scotland (the monastery is officially listed as a national tourist attraction by Visit Scotland) seeking peace of mind for over 50 years.

Valid signatories needn’t just be people resident in Scotland. Everyone is able to sign the petition and there is no need for a UK postcode.

If you feel that creating a firearms exclusion zone around Samye Ling Tibetan Buddhist Monastery and other places of national spiritual and religious importance in Scotland is right, please sign and share this petition.

The link to this official Scottish Parliament Petition is below:

Thank you for your support.